Summer’s upon us, and it’s time to think about which NC city you’ll visit to try all the beers!

Okay, your summer plans don’t have to revolve around magical juice. But if you want to try something new, Bhramari Brewing in Asheville is a great place to start. 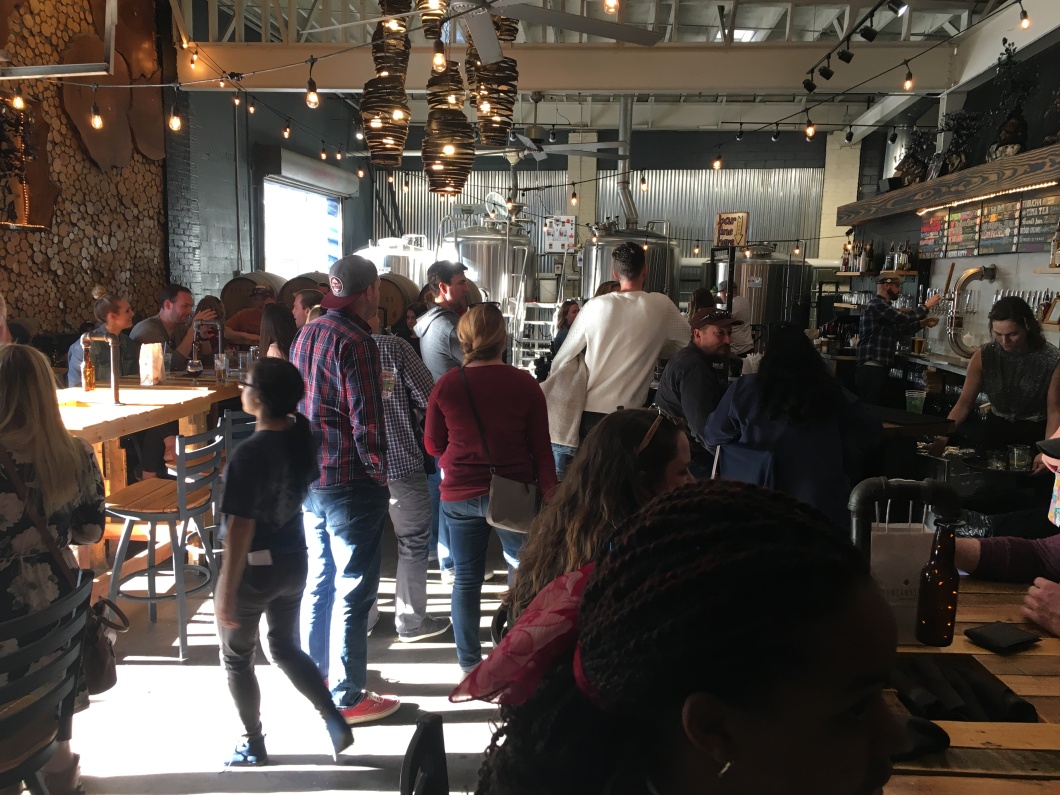 Situated near downtown, Bhramari is one of those places you walk past and have no idea what they sell. Is it a restaurant? A cool vintage shop? Go around back and you’ll see the packed patio. Everyone has a glass of something yellow, orange, red, or brown — all good things.

The inside has a very cool atmosphere. Of course, when I go to any new brewery, I have to check out the lighting. All the modern places have exposed bulbs in iron cages or a bespoke chandelier. At Bhamari, there are twinkle lights at your table. In a beer bottle. 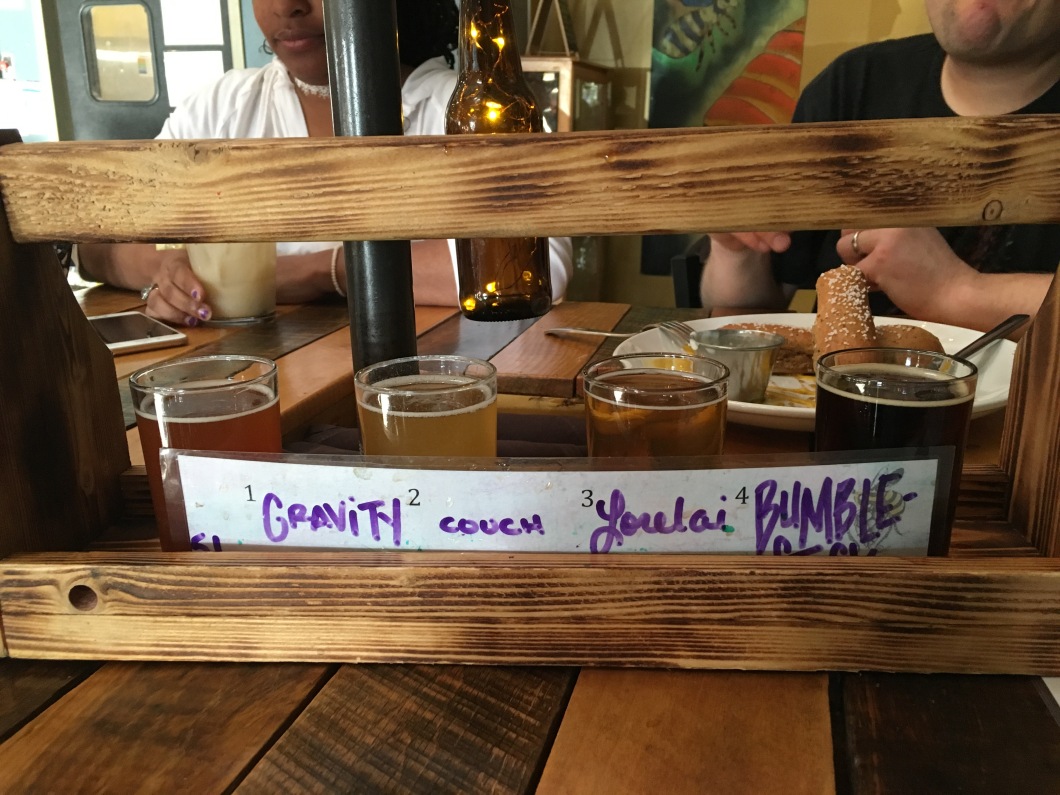 Another way I judge a new-to-me brewery is by the number of beers I like. Yeah, yeah, I’m a beer snob, but I think a lot of it has to do with personal taste, too. In a flight of four, three of them were amazing. I tried my husband’s beers too, and they were also amazing. Score for Bhramari: 5/5, and I wanted to take this place home with me.

One of my favorites, Opulent Couch, a New England-style IPA with muscadines, scuppernongs, and lactose, was at Beer Growler in Winston-Salem recently. (!) It had a great flavor with a hint of grape at the end — not as weird as it sounds. The Lorelei American IPA with Citra, Mandarina, Bavaria, and Huell Melon hops demanded that I buy a bumper sticker for it, even though I don’t like women in beer branding. (C’mon, Bhramari, get with the program. And yes, I realize I contributed to it by purchasing one.)

The Cultivated Moments Biere de Garde with persimmons and reishi mushrooms was just as good as I thought it’d be considering it’s a biere de garde, which I love. I think my first ever was at Joymongers, which I’ll write about soon. Finally, the Bumblestick cinnamon nut brown ale was heaven. It’ll be perfect for peacoat weather, but I have a feeling I’ll crave it this summer.

Speaking of which, I’ll be traveling to New Mexico here in a couple of weeks, so I’ll post about some of the things I find out there. Wish me luck that I can find good beer!