There’s not a whole lot to see, but it makes for a fun weekend trip to hike, walk around, and eat at the only inland restaurant in the state that prides itself on a couple dozen varieties of Hurricanes.

After a sans-Hurricane dinner, we made a beeline to the local bookstore, only to find it had closed at four o’clock. So we did the next best thing: We checked out the brewery.

Homeplace Beer Co. is a modest establishment with super cool rope lighting and a huge range of brews. It had drawn a sizable crowd when we visited, and plans on the wall in the foyer heralded the changes to come in the building. 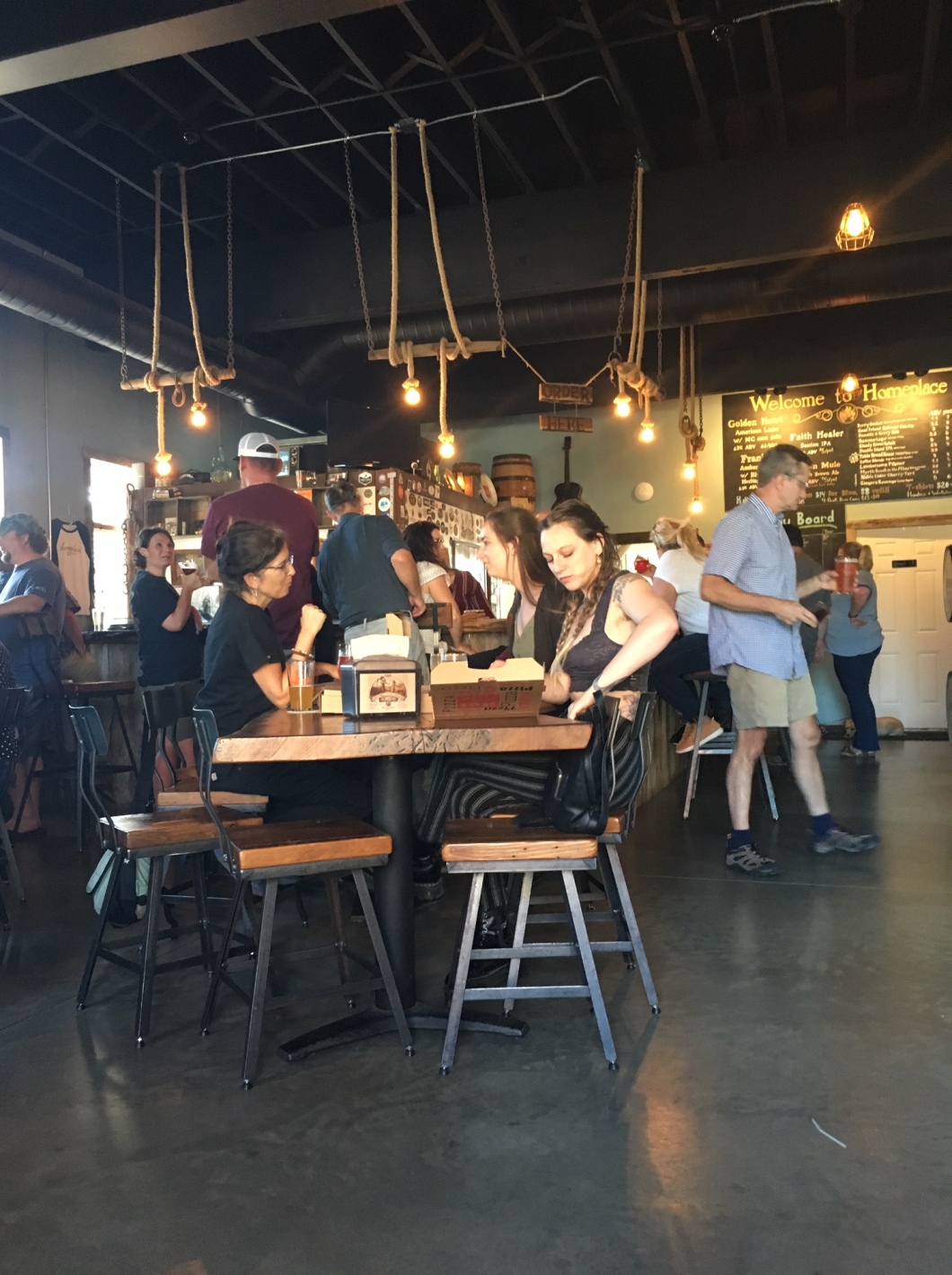 Homeplace Beer Co. is clearly popular with the community, and they seem to be active in the community, too, as nearby posters indicated an upcoming Burnsville beer festival that Homeplace was participating in.

We were full to the gills with fish tacos from the Hurricane place, so although we didn’t drink much, what we had — the Faith Healer session IPA in particular — was solid.

I would love to go back, both for the brewery and the walk around the town.