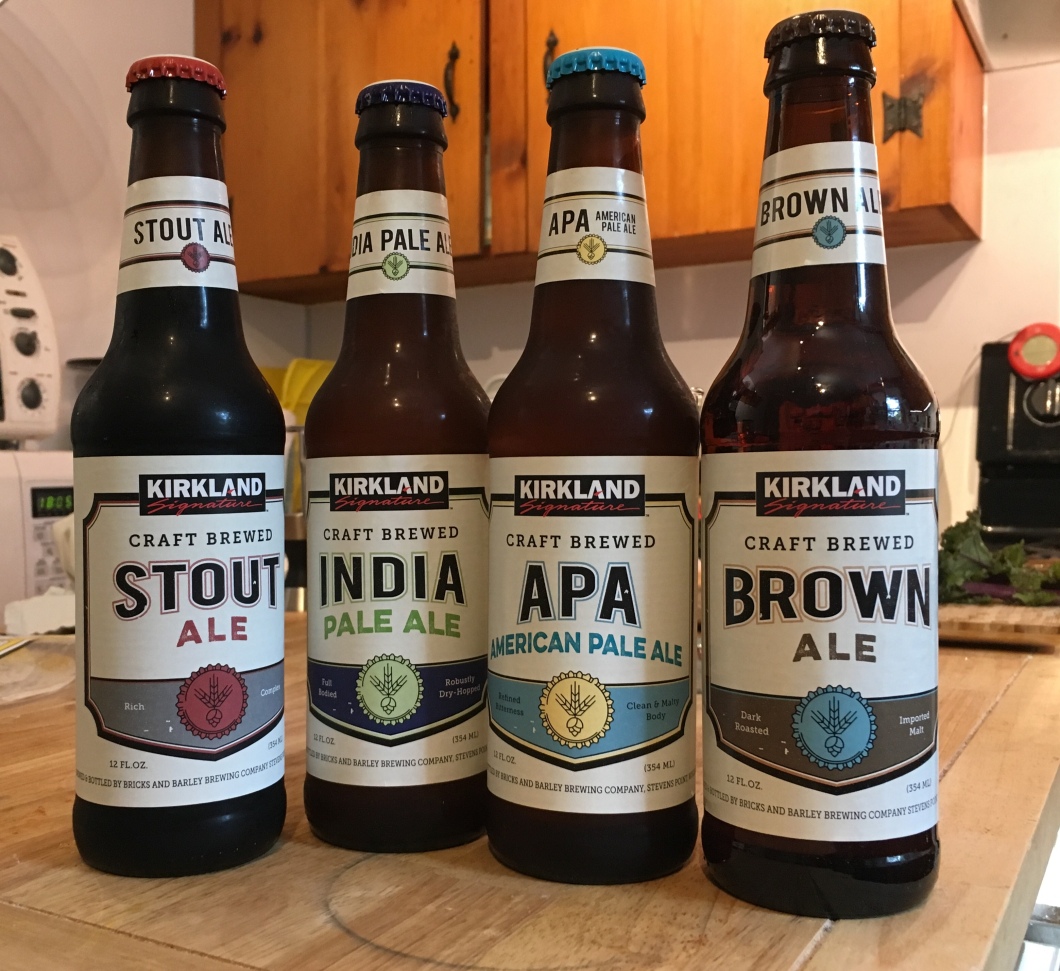 If there’s anything that’s told me how much of a beer snob I am, it’s trying Kirkland beers, Costco’s brand.

The stout is too bitter and roasty; the pale ale and IPA just aren’t good. The brown ale is medicre — the only one in the bunch that I might have again in a pinch.

But you can’t buy them separately, as far as I know. I’ve only seen the mixed packs.

If you’re a Costco member, go for the Cabot three-year, the Kerrygold, the avocados, the nuts, fish, and snacks. Just not the beer.