I came to love IPAs a few years ago, but it took a while to get used to their bitter flavor. (This coming from the girl who used to swig Beringer White Zinfandel.) My husband liked to stock Sierra Nevada pale ale in the fridge, and little by little it grew on me.

Now an IPA fanatic, I’m one of those people who tries it all. Hazy New Englands. IBUs in the 90s. (That’s bitterness level.) Dank hoppy demons.

So when I heard about brut IPA a few months ago, there was no way I was not gonna try it — which is actually kinda weird. I’ve never been into brut champagne. Several years ago, I splurged on an authentic French champagne (because real champagne comes from the region of France by the same name). And man, was it too much, both in price and in bitterness. I’ve stuck to cheap sparkling d’Astis ever since.

Turns out, I’ve been to the place that made a brut IPA for the first time. Social Kitchen in San Francisco is a modern spot with exposed wood and chalkboards galore. I had a gingerbread brown that was alright, but I don’t remember them serving brut IPA at the time.

Technically, my first was at Spangalang Brewery in Denver. Their Brut Colossus is described as “bone dry,” but it was just so good (and so strong — it’s a double IPA coming in at 10% ABV) that the dryness seemed understated.

So I consider my first to be at Incendiary Brewing here in town. I can’t say I liked it. I dug the more citrusy Shift Blue IPA and the piney West Coast IPA, but the brut made my mouth pucker, just like champagne. “Is that what they were going for?” I wondered.

So I tried a few others. Wise Man Brewing has one called Encouraged Truth. I like SO MUCH of Wise Man’s beer that I knew I’d love it. I gave it 2.5 out of 5 on Untappd. Can I say I thought it tasted of soap? But I was undeterred.

I found Brut Squad from Mystery Brewing (R.I.P.) at Beer Growler. Again, I like SO MUCH of Mystery’s beer; I knew they couldn’t go wrong. 2.5 out of 5. It tasted earthy, but I didn’t like it.

2SP, a tiny brewery in Aston, Pennsylvania, had their Art Brut on tap at Beer Growler, too. “Let’s try this again!” I said. It was definitely more hoppy, more like a true IPA to me. And sure enough, 4.5 out of 5. 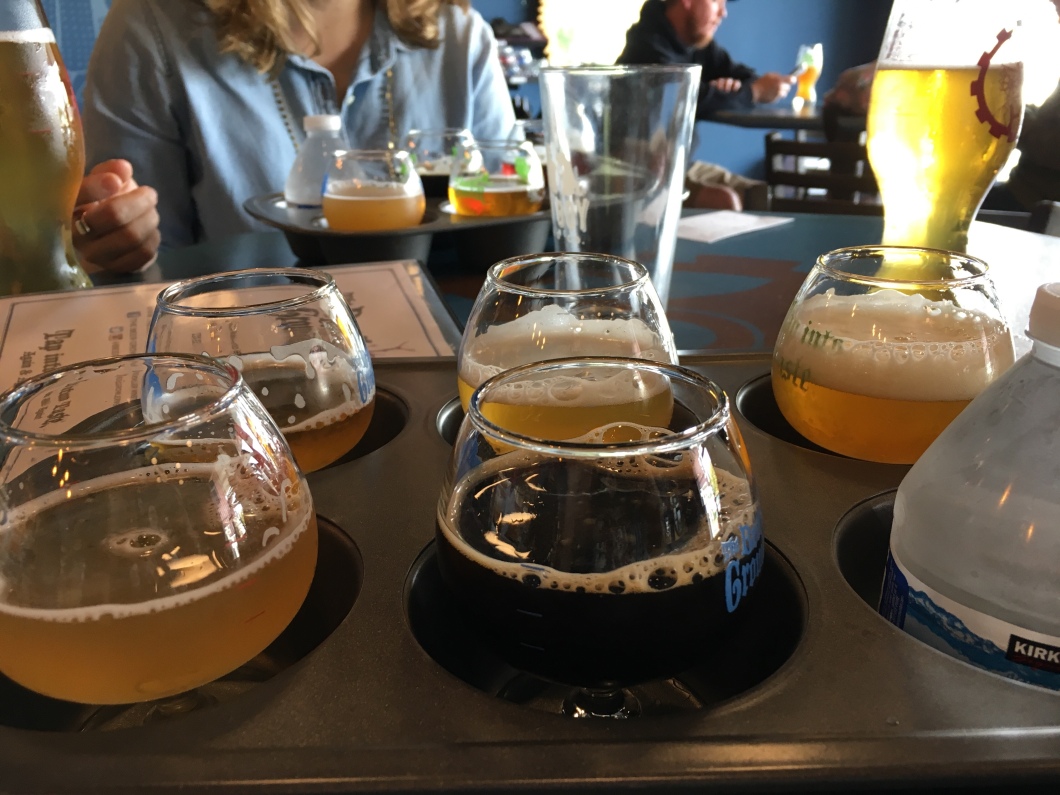 Moral of the story: Listen to the name. “Brut” is almost certainly gonna make the beer dry, bitter, and possibly tangy. They might say it’ll be “effervescent,” but it’s probably not going to have champagne bubbles if that’s your thing. Only two of five brut IPAs I’ve tried tasted more like IPA than champagne. That’s enough for me to give up on pursuing this style in favor of kinds I’d rather be drinking. Of course, recommendations are always welcome!