You’ll wonder for a moment if you’re in the right place. The old, brick RJR factory rises up on both sides: rusted, boarded over, windows intact but dark and smudgy.

Welcome to the newest part of the Innovation Quarter. Just around the corner from Alma Mexicana, Incendiary Brewing had its grand opening September 1st, with bands taking up part of the concrete courtyard at night and customers lined up to the back wall of the interior. 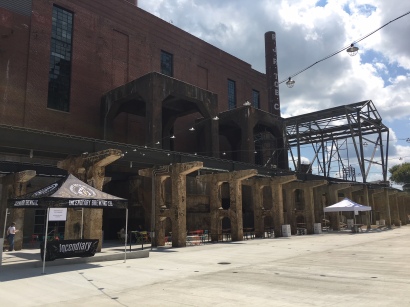 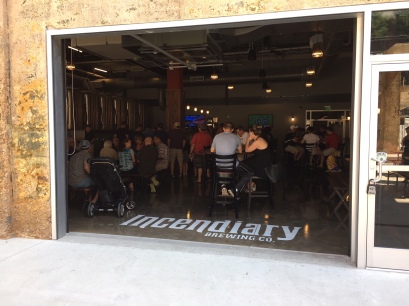 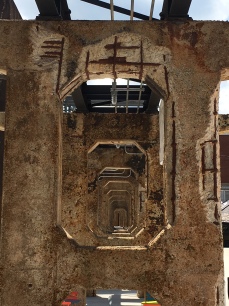 The inside space is nice: beer hall-style tables, garage doors for good weather, a bespoke wooden bar that glows colors in the middle. The graffiti art by JEKS (@jeks_nc) is neat, too. Look up when you order and check out the intense stare of a fiery eye.

But the location is a bit unique — some might say hard to find. It’s not visible from the street, and since part of the complex hasn’t yet been renovated, coming in on the Bailey Park side might give you the creeps. (Murder, anyone?) 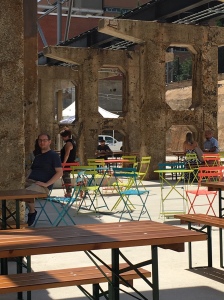 Once I got used to it, I thought the location adds to the charm. Certainly the old concrete pillars are ripe for photo taking, and sitting outside in the beer garden feels cozy since it’s tucked away from traffic.

And the beer. My God. I was blown away by each offering. My husband and I have decided that true-to-style ambers are usually just middling; Incendiary’s is tha bomb. The Brüzy IPA was my first brut IPA ever. It’s a weird style, admittedly, that took some getting used to since it’s supposed to be like beer and champagne combined, but it was high quality, just like the West Coast IPA. My favorite was the Shift Blue, a very citrusy IPA which is exactly what I’d been craving lately. 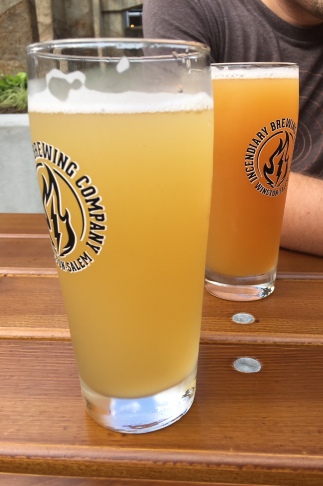 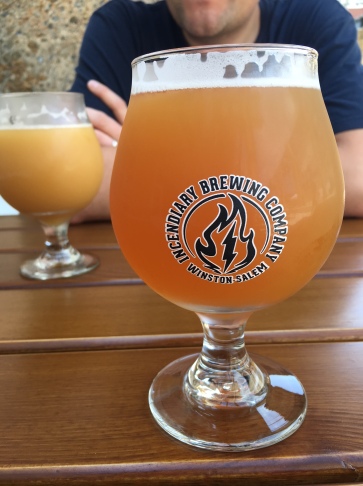 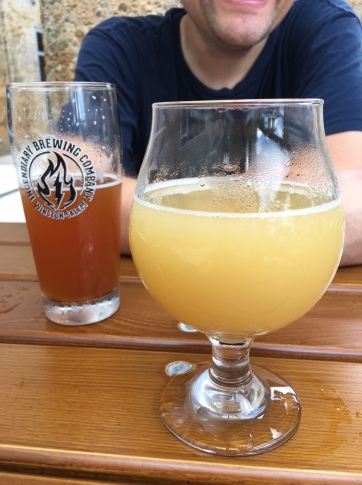 Incendiary sold out of most of those beers within a week, and when we went back, they had released a couple of their own beers, including a milk stout. I had one of their guest taps: Blurred Up double IPA from Heist, a new favorite. On yet another visit, we tried their Rosin pale ale, also a winner, and the Honey Blonde ale. If they can impress me — an IPA, Belgian, and dark beer drinker — with their blonde ale, that’s saying something.

I know you might be skeptical. I was, given the amount of press it got in the Winston-Salem Journal in the week leading up to its opening. You might even be wondering why we “need” another craft brewery in Winston-Salem.

But I’m happy to welcome Incendiary to the Triad brew scene, and you can’t judge a brewery by its location. (Okay, you can — but not only by it.)

Go out and give it a try. Tell ’em Kat sent you. And let me know what you think of the beer. 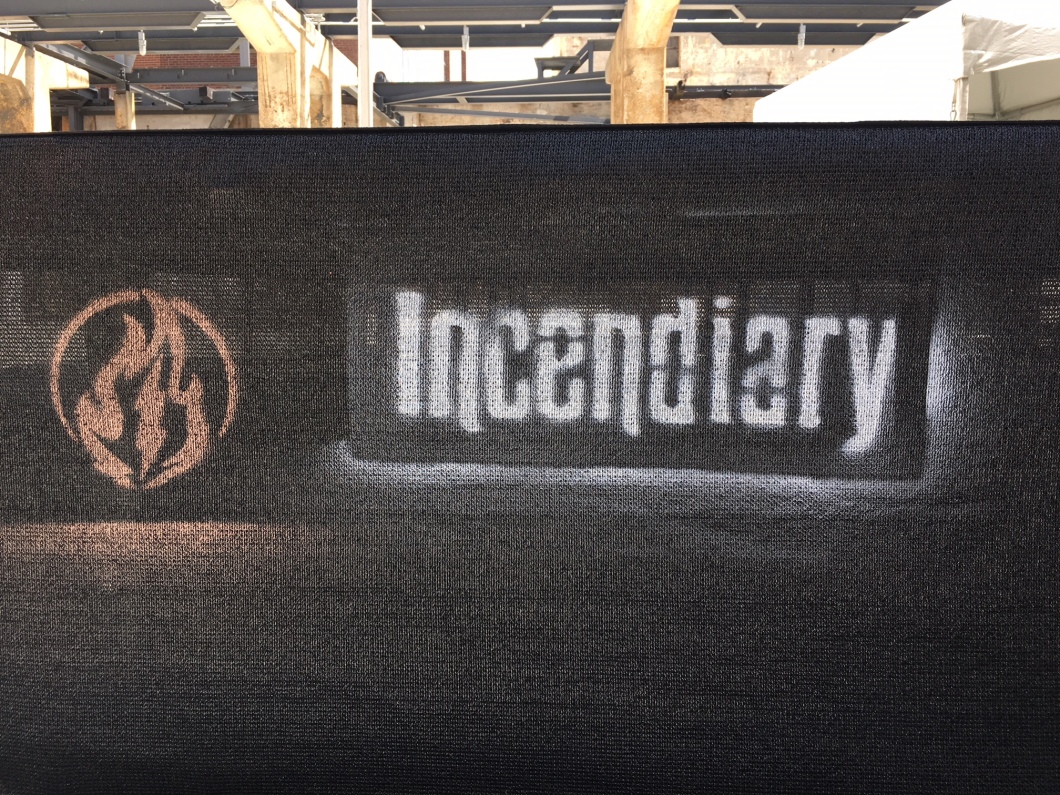