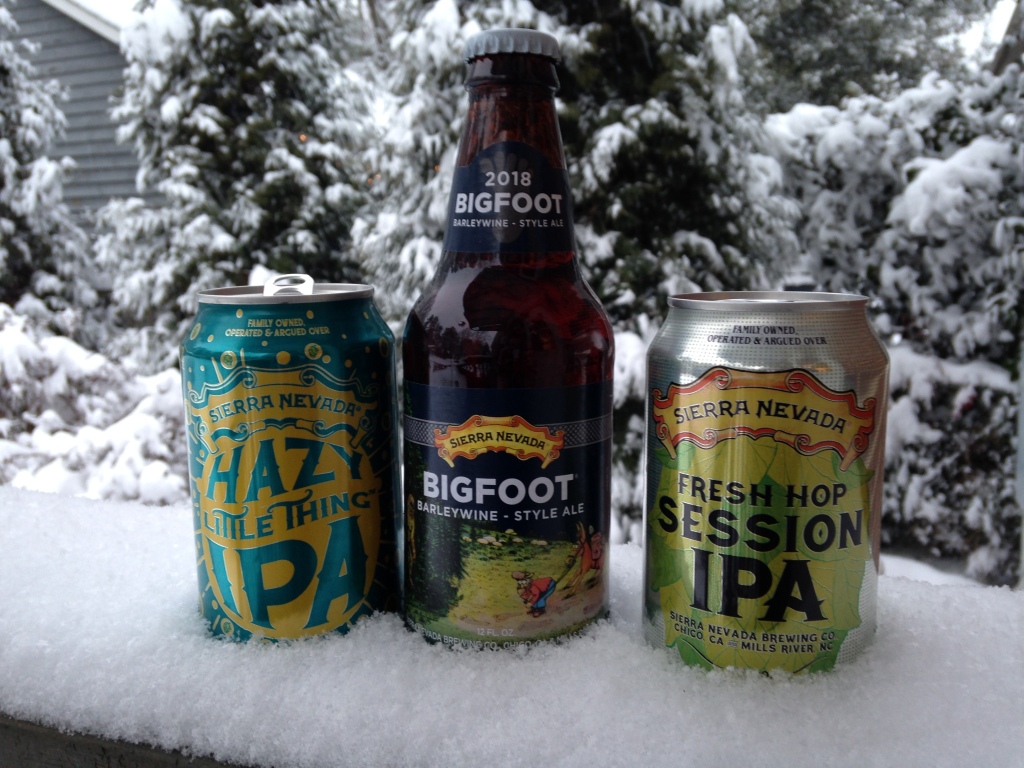 Back in the day when I didn’t like anything close to IPAs, my husband was buying Sierra Nevada Pale Ale on the regular. Every once in a while, I’d try a sip of his—mouth-puckering and gross—but over time, I came to like it.

Since then, I’ve tried a whole bunch of Sierra Nevada’s other offerings, usually because my husband would see something new and buy it, but who’s gonna turn down free beer?

Who else has caved for the Fresh Hop variety pack?

It’s okay. Again, not my favorite double. Too hoppy or something, if there ever were such a thing. Also, it tastes too dirty to me.

I picked up a can of the Hazy Little Thing from Trader Joe’s, Sierra Nevada’s version of a New England IPA, which is now an official style of IPA. It’s classically citrusy and unfiltered. Definitely not the best New England IPA I’ve had before, but it was good. Would buy again.

To that friend I was talking to about how breweries aren’t trying to out-hop each other: I was wrong. And I’m totally on the bandwagon.

Note the word “style.” This is not a true barleywine. But it’s got the flavor going on, and it’s high gravity as shit. Considering I don’t have easy grocery access to good, affordable barleywine (my favorites are Pig Pounder and the Bruery), I’d buy this again.

There are plenty of others I haven’t tried: coffee stout, porter, Boomerang IPA (all three were in the Snowpack variety pack), Ruthless rye, Beer Camp IPA. It’s been too long since I’ve had the Snow Wit white IPA, Nooner session IPA, and the Blindfold black IPA that I can’t confidently say I liked them, but I’ll try them again.

And can I just say that black IPAs are my jam? It’s malty and hoppy, like a porter and an IPA had a baby. If you want a good local one, Wise Man’s Bitter Like Winter is da bomb.